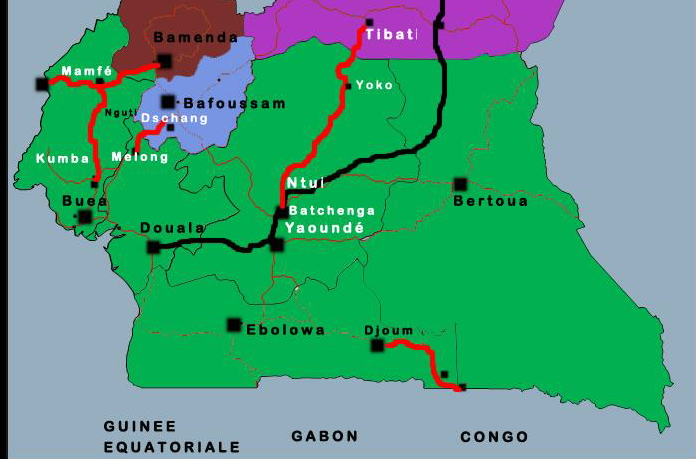 The Project will operate in two production areas, namely: (i) the Central Basin which covers
The Central, Eastern and Southern Regions, and (ii) the Littoral Basin, which extends over the
Coastal and south-western regions. In these basins, the project targets three vegetation sectors (plantain,
Pineapples and oil palm) because of their degree of integration and maturity, their markets and possibilities
Their economic importance (income and employment) and their impact on security
food. These basins also have viable and credible producers’ organizers.
These basins represent about 51% of the country’s agricultural producers who work in a
Production in polyculture. 66% of the country’s food production comes from these two basins. They are
Crossed by the roads constructed with the support of the Bank (Bamenda-Mamfé-Ekok, Kumba- Mamfé,
Batchenga-Ntui-Yoko, Ketta-Djoum, etc.). They are also concentrated around the major centers of
(Douala, Yaoundé, Buéa, Kumba, Bertoua and Ebolowa) where more than 70% of
Urban consumers and where the processing industries are located. Soils are essentially
Fertile and may require amendments in some cases. The rural road network is severely degraded
Due to abundant rainfall (monomodal and bimodal agro-ecological zones with precipitation
Annual over 2500 mm / year). The consequence is the high rate of post-harvest losses which reduce
The efforts of producers whose average income is close to 300 000 FCFA per year.